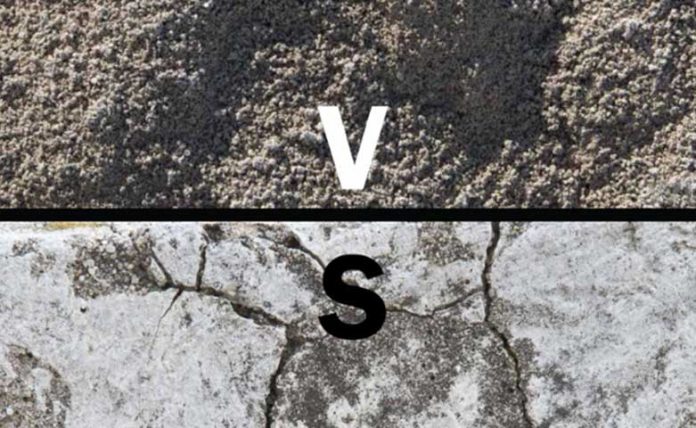 The terms cement and concrete can be confusing for those new in the construction business. In fact, even some tradespeople who work with these materials daily can colloquially, have confusion in the terms and the understanding of their texture and uses.

Although, the history of cement and concrete dates back to ancient Roman and Greek times where their mixtures and uses varied as per the culture and traditions exiting there. This New Year 2018 has again, given us the opportunity to look into them from a new dimension. In a nutshell, we have combined some unique attributes that distinguish them from each other. According to Morris (1991), the debate about the materials used to construct pyramids has been widened by David Otis who claims that the blocks used to build the monument were not made of quarried limestone but were created from concrete that was in the place. This claim has, however, questioned by Campbell and Folk (1991).

Cement is most commonly of limestone, clay, shells, and silica sand and is the binding element in concrete. It is crushed and then combined with other ingredients (including iron ore), and then heated to about 2,700 F. This material, called Clinker, is ground into a fine powder.

About Concrete, (Kosmatka, S.H., Panarese, W.C. and Kerkhoff, B., 2002) have written it in their famous book ‘Design and control of concrete mixtures,’ “Since concrete’s is versatile, durable, and economical – it the world’s most used construction material. The United States uses approximately 260 million cubic meters (340 million cubic yards) of ready-mixed concrete each year. It is used in highways, streets, parking lots, parking garages, bridges, high-rise buildings, dams, homes, floors, sidewalks, driveways, and numerous other applications.”

In ‘Cement and Concrete,’ MSJ Gan (2007), states that with the decline of the Roman Empire, there was a gradual decline in the quality of the cement and concrete used in building construction. In an attempt to re-discover them, we can conclude that cement is an excellent binding powder (which is never used alone), and concrete comprises of cement, sand, and gravel. Nowadays, people can purchase ready-made concrete mixes in bags that combine cement, sand, and all you need to do is add water.

Top 3 Construction Trends to Adopt in 2020

Property and Real Estate – What is happening in the Industry?

Gamified Assessments 2020: Take Your Recruitment Process to The Next Level!

If I ask you what changes have you made in your recruitment...
Read more

As a B2B marketer, you always have to look for ways to...
Read more

Every industry is blessed to witness evolving digital information trends. It has not...
Read more