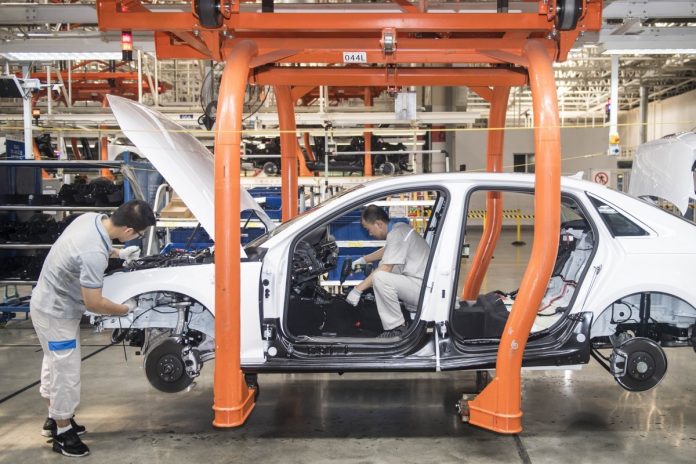 Unbelievable trade war held between the United States and China had slowed down automobile sales in September 2019. Being the largest vehicle manufacturing industry in the world, China faced a gradual decline in sales and titled the challenging phase as a period of uncertainty.

Is it still possible for China to maximize its profits and become a leading global automobile manufacturing industry? The question is yet to explore. Thus, predictions made regarding a few improvements at the beginning of the year 2020. China’s distinct strategies to empower international trade services are impeccable. The on-going planning and utmost decisions are expected to bring numerous opportunities for Chinese automobile distributors.

China B2B platform is expanding – the majority of the manufacturing industries have performed impressively to achieve maximum sales goals in past years. Concerning the nation’s car industry, the National Bureau of Statistics reports that import and export of several vehicular parts accounted for more than 10% of domestic output in 2018. The immaculate performance of the automobile industry has marked a leading rank in China’s trading system.

Immediate fluctuations were spotted in the sales when China’s automobile industry failed to meet expectations of passenger vehicle buyers in September 2018. Highlights from China’s car industry commentary regarded the performance as entering a period of uncertainty. Not only unachievable goals were pinpointed – a question mark on the U.S.- China relation was put by the economies.

Complete silence and unpredicted subsequent moves – no one has any idea about what’s coming next!

That was one side reflected in stories. China B2B marketplace experienced another greater shift in international trade concerning changing preferences and demands. The automobile manufacturing industry started to lose clients. The decline in production resulted in a further decrease in revenue. Foreign and home-grown companies began to panic and viewed their huge investments drowning in automobile manufacturing industrial storms.

The negative picture of such declination was portrayed on almost all media channels across borders. Carmakers and producers had notified another fall in sales at the end of the year. This isn’t the only struggle companies had to pay for – the transition in purchase led the companies to stop production and focus on the losses to change in gains.

The economic downturn due to China’s automobile manufacturing industry is still a pressing issue worldwide. However, most of the vehicular parts and car production companies are looking forward to seeing prominent sales figures to increase at the beginning of 2020.

It isn’t hard to believe that the car manufacturing industry in China is working enthusiastically throughout the period. The companies have referred their strategies and approach to advance the vehicular trade system and reach optimum profits in the next few months.

The most these companies can do for entering a leading competition and trade war with the U.S. is reinventing vehicle parts import and export policies. This is recorded as a most complicated task in history, but client retention and immediate sales upgrades are also necessary.

Not only such changes are decided to be made in China, but the B2B platform has also explored more ways to avoid uncertain upheavals and introduce a variety of remarkable products. The goals regarding automobile industry sales in China are proposed intelligently for 2020. It indicates that there are limited chances of the economy to recover from the performance by the start of 2020.

Since China is continuously on the urge of developments, the automobile & transportation manufacturing industry is playing an integral role in building a strong economy. Although past years have been toughest for China, the homegrown companies and a few global ventures are looking forward to impeccable developments.

U.S. – China trade war has guided about certain loopholes and weaknesses. It is likely for the car manufacturing industry and vehicular parts makers to establish a consistent structure that may bring tremendous opportunities and generate profits in less time. The past reports have discussed major fluctuations in sales performance in China but the expectations for 2020 are still high.

How To Plan Car Showroom Franchise Emergence In 2020?

US Oil Industry Crashes: Prices Drop Below $0 per Barrel

The American oil industry is experiencing a doomsday as the US oil...
Read more

Are you looking for a robust solution to improve communication in your...
Read more

Why do we need this replacement? According to Smitherspira,...
Read more

More worldwide trades have taken place recently than at any other period...
Read more

The classification and assessment of the advantages and disadvantages of the present...
Read more

Knowing your audience is one of the fundamentals of efficient marketing. Businesses...
Read more