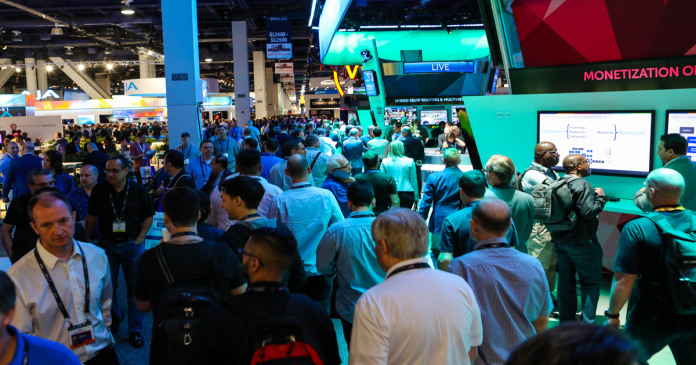 Trade shows are a way of bringing together associates of various industries to display, establish and discuss their newly launched and upcoming products and services. They are held every year in major business hubs and cities and last for several days.

A few trade events that become the highlight of each years’ news and electronic media include the Book Expo America, Consumer Electronics Show, America’s Largest RV Show and the South by Southwest (SXSW). While many shows aim to target a maximum number of attendees, a few permits only members and professionals of the particular industry to attend.

As we head into the last quarter of 2019, marketing managers and business owners express their optimism for the economic revenues surpassed in the current year. If you are also an entrepreneur who is serious about maximizing their profits and returns, then a strong presence at the industrial trade show is necessary. According to facts, eighty-five percent of your target audience can be found in b2b trade shows and ninety-one percent of them can turn your fortune around if they shop in real-time. That is the kind of positive impact a trade show can bring.

Overview of the Tradeshow Industry 2019

Shedding light on the trade shows held in the past couple of months proves 2019 has been much better in terms of ROI and budgets. The experts believe that despite the improvements, a lot of attention needs to be paid to make more substantial trade show investments and trade fairs an accessible platform for smaller industries.

When compared to 2018, many exhibitors have also shown more confidence and hope with public responses, an increase in spending, and allocation spaces provided to them. Nevertheless, fair amounts of marketers are still cautious over investing in exhibitions and trade fairs over lower attendees’ turnovers.

The year 2019 started with stock-market gains, then a slight free fell after trade wars, high tariffs and interest rates sparked a possible fear of economic recession. The reason why forecasts for later part of 2019 are mixed – some are predicting a rebound while others fear the worst.

What do the facts say?

When comparing the facts with 2018 and 2017, this year marketers are receiving more budgets from their respective industries/ upper management. For instance, just last year, seventy-seven percent of the respondents reported an increase in their trade show allocations in comparison to the previous year. Consequently, this year, in 2019, the number has climbed to eighty-four percent with more than ½ of the industrial giants and companies are experiencing a surge in their exhibition investments. This has moreover, proved to be a positive sign despite the entire down surge we have seen economically in the past couple of years.

Not just that, it has also brimmed up more hope and optimism in businesses to take part in trade shows while giving them the confidence to put stronger demonstrations in the coming years.

Let us take the example of the Consumer Electronics Show 2019. This year, it took place in January in Las Vegas. With 4400 exhibiting companies, the biggest technology and innovation showcase paved the way for other trade shows and exhibitions for the entire year. The four-day event saw an audience between 182,000 and 200,000, conquering a whopping space worth 2.7 million square feet. The massive participation of electronic and tech companies led to increased optimism among the exhibitors, giving them a major boost in profits and return of investments.

The exhibitors not only got a chance to interact with the live audience through tech-talks, seminars and workshops but also got to demonstrate their ideas for artificially intelligent future. After the impeccable success, 9 out of 10 respondents left the trade show with self-reliance to be more productive and impactful on their clients next year.

In conclusion, we believe the future looks hopeful and bright. The experts, after the feedback from both the respondents and business owners, feel that there will be improved execution, profits, and retrieval capabilities in the coming years. This will also provide platform opportunities for emerging businesses and industries and pave ways for better results and improved return of investments.

The Benefits And Risks Of Exhibition And Trade Shows

The first thing every business looks to achieve is survival. Companies can...
Read more

3 New Rules For Coordinating Your Shoes and Accessories In 2020

What is that one thing when it comes to your mind when...
Read more

To the latest statistics, China shipped $2.294 trillion worth of products across...
Read more