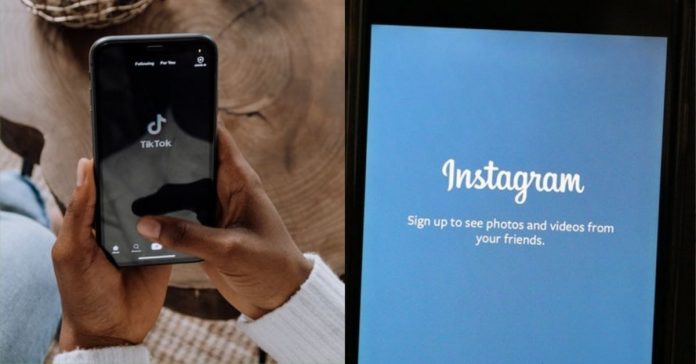 TikTok has become a widely used social media platform across the globe during the pandemic. Since there is a major shift in content preference, people are spending most of their time on TikTok. It is definitely a success for the company, but we can also sense that other social media giants are affected by the sudden shift.

Social media is one of the most common time passes for global users, which has provided them with versatile features and content on a daily basis. Platforms like TikTok is now famous because of their indulging and engaging features that are not yet defined in other platforms.

Entertainment and fun are the two most important elements that every user was looking for in different platforms. However, Facebook, Instagram, and Twitter keep changing throughout the pandemic, but TikTok remains the first choice of everyone.

There is one more interesting news prevailing across the social media industry, and that is TikTok’s attempt to mock Instagram influencers. The news confirms that TikTok users are unsatisfied with the content posted on Instagram as it is mostly related to promotion and imitated looks. It seems like there is a huge disturbance in the online channels, which have caught Instagram influencers for faking and exaggerating simple practices.

There is nothing to doubt that TikTok has already become a personal favorite platform for many users. It has launched many filters that excites the users and encourages them to come up with interesting yet fun content. However, the videos are often shared on other channels, which is to bring more followers and increase engagement.

Sadly, Instagram influencers are now struggling to make their content viral. TikTok is already winning the competition by gaining support from an extensive global audience. Although there is a critical situation for the company in the U.S., it has still made the position and continued impressing the users with exciting and amazing features.

We already know that Trump tried everything to defame the Chinese-owned app, TikTok gained popularity amid the COVID19 pandemic. The app has progressed with the struggles and challenges to prove itself to be a vital application for entertainment and fun. The users also agree that Facebook and Instagram are deprived of humorous and engaging content, which is only available on TikTok.

From the overall experience and personal verdict, it is not easy to say that Facebook and Instagram have not really brought any such content in public. Although the platforms have supported business during the lockdown, Facebook and Instagram still witnessed the rise in popularity, which is somehow greater than what TikTok has achieved in less time.

We can also not deny that people have used social media a lot in this pandemic. There was an acceleration in social media usage and has now normalized because things are slightly back to normal. Interestingly, TikTok is now the target of more than 300 million users, which has exponentially increased over time. We also expect to see some more changes in the performance and results that will be definitely a real challenge for other social media platforms.

Five Surprising Benefits A B2B Company Gets From Digital Marketing

Any company offering several products to the market requires a boost. This...
Read more

Today’s generation is facing a lot of Health & Medical issues. These...
Read more