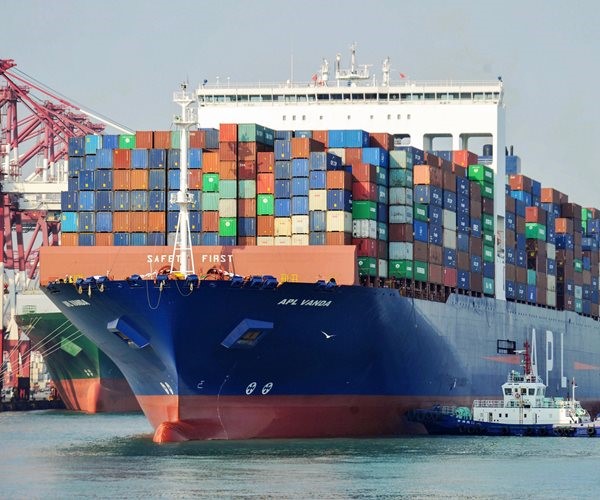 The concept of imports and exports is widespread because it flourishes economies across the world. It is not wrong to say that manufacturing companies are struggling hard to produce competitive goods closer to the buyers’ expectations. This viewpoint has led many countries to become the market leader in the import and export business.

The Foreign B2B marketplace has partnered with evolving importers and exporters. These B2B companies have contributed a lot to eliminate economic pressures and introduce public opportunities at a higher pace.

Since the idea is becoming a norm in a global perspective, some of the famous countries have marked a top position among efficient trading economies. To know the trends and performance of trading to this date, we have created an informative post to highlight statistics of the top import and export trading global countries.

As the world’s population has reached to 7.711 billion, many reports highlight a picture of countries accelerating their GDP in PPP terms. Central Agency World Factbook records a total of $135.178 trillion global GDP in 2018.

We have enlisted below top trading foreign countries that have become famous for their leading import and export trends.

China is ranked as the largest economy in the world. It has maintained its GDP by facilitating smooth imports and exports throughout 2018. The first half of the year marked a total import and export value of $2205.85 billion. There was a 16% increase in the year, which had brought multiple trading and economic opportunities to the nation.

The export alone accounted for $1172.75 billion – an increase of about 12.8%. However, imports from worldwide economies accounted for $1033.1 billion. Foreign B2B marketplace has top-notch exporters from China who have become the market’s top demand for their reliable selling power.

The United States is ranked as the 3rd largest economy in the world. The trading trends in the country have again marked its position in the top import and export country.

The leading trading industry of the U.S. has handled exports by supplying petroleum products, vehicles, gas turbines, packaged medicaments, telecommunication, and electric apparatus. There are many premium goods distributed to worldwide buyers that are produced finely to meet their expectations.

Germany is the 2nd largest economy that is thriving for handling extensive trades. In 2018, Germany exported products worth $156.25 trillion to foreign countries. The most common export commodities were vehicle parts, medical equipment, blood vaccination products, chemicals, electronics, and food.

The economy itself has received premium quality goods from other countries. Imports in 2018 accounted for $129.283 trillion comprising of food, machine, and equipment, metals, oil and gas, chemicals, agricultural products.

Many of the German exporters have become top sellers on the foreign B2B marketplace. This fame has established a compelling impression for the worldwide economies to partner with Germans.

Japan comes at the 4th rank among the largest economies of the world. The country has made its footprints in the trading sector by successfully transporting goods to other nations and receiving exceptional imports too.

The total Japanese exports have amounted to $81.48 trillion, which is highest compared to other trading countries. However, the imports facilitated by other economies were valued at $61.358 trillion in 2018.

Japanese exporters commonly transport goods that are categorized as automobile and transport products, industrial machinery, optical and medical apparatus, iron, steel, and plastics. There are many exporters from Japan catering to diverse markets on the digital platform where buyers and sellers are smartly connected.

In the list of top foreign trading countries, South Korea comes in the 5th position. The imports and exports have contributed to their GDP that accounted for 1,720,489 million. This figure shows competitive economic performance, which has the potential to accelerate upwards in the coming years.

The exporters have accounted for $60.481 trillion in 2018 that comprised of high-quality products with precise manufacturing. It commonly deals in electronics, machinery, steel, motor vehicles, textiles, and ships.

Not only this, but South Korea also receives valuable goods from leading importers across the world. In 2018, imported products and services worth $53.518 trillion amounted to South Kore. Some of the prominent import contributions to the economy are petroleum, electronics, food, apparatus, natural gas, and appliances.

Since the economies are more inclined towards innovation and economic-friendly worldwide dealings, there is always a demand for exclusive trading comprises of finished products at reasonable prices.

The countries ranked in the top import and export list are continuously progressing. Their trading framework is transparent to the global economies, which makes them superior among all. It is expected to see the more significant change in trade patterns, which will definitely influence economies across the globe.

A couple of years back in October 2016, I was fortunate enough...
Read more

Plastics and Environmental Health: The Road Ahead

Most advances in human society over the past century have been facilitated...
Read more