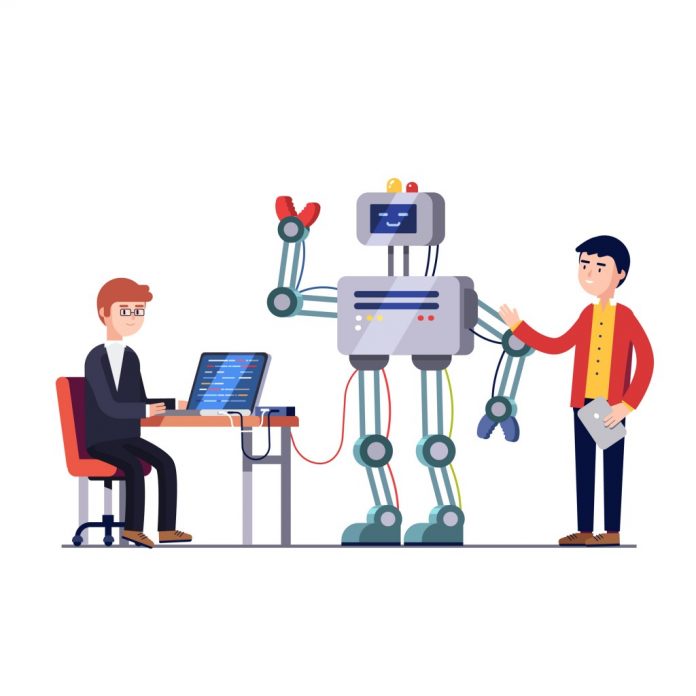 Robots are interestingly being used in every industry that I can think of and will stay and work for humans in the future. Playing a negative and positive impact on the employees and businesses, the science fiction portrays a different character of these machines and how they could end our existence and take over the world.

Questioning the uniqueness, or, by declining to open up the doors, the destruction economically could be a lot more devastating and efficient because of the robots. If we are not cautious about the robots integrating and mixing up in our economy, they may end up encompassing the complete system – however, on the other hand, if we are fortunate enough, they might attain all the concerns which we have economically once and for all.

Let us research how the robots could affect a vast majority of economic areas, and the wider indications for such effects.

The Rise of Machines:

Technology has played a crucial role in making the lives efficient for people for thousands of years. From simple tools of farming to the modern day robots working in different industrial sectors, robots are becoming more and more available in various business situations. They are working and collaborating with humans or replace them for good, making the lives more comfortable for the workers. For instance, Amazon.com Inc. is currently using an extensive range of robots in the warehouses to retrieve and package their items, and stock up on the inventory.

Tesla Motors Inc. has fully quipped its industry with automated assembly and robotic lines for its electrical batteries and cars. There’s a possible chance that robots are being trained and used for therapy sessions for adults and children.

Even though it is understandable to the fact that robots are slowly taking over the jobs which require a considerable amount of effort, making lives easier for the workers, but it also poses a significant threat to the low-skilled workers earning small amounts of cash. However, a lot of positive effects also transform the economy through robots.

With high wages, the standards of living improve, and lower priced services and goods, along with a large variety of services and products. The growth of productivity for labor as evaluated as out per hour is the reason why these things happen. Growth happens from a mixture of three things or just one: the rise in the labor quality, increased capital, and TFP (Total Factory Productivity), which is also regarded as the multi-factor for productivity.

The rise in the labor quality comes more from the quality of training and education given to the workers. Capital propels the growth in productivity through investments in computers, machines, robotics, and plenty of other items produced from the output.

Total Factory Productivity is most of the times considered as the essential source for productivity growth and is obtained from capital and labor collaborating as effectively as possible. For instance, keeping the productivity and education of the workforce persistent, if the machines they are using enhances the productivity. In a situation like this, the TFP will expand at a considerable rate.

Majority of the people fail to understand that robots are producing new, high-paying jobs demanding the skilled workers. While the notion is true that robots are taking over the work which skilled workers have been doing for years, performing the tasks efficiently and effectively, they are demanding the jobs which focuses the humans on working productively with a higher-value.

In the manufacturing industries, robotics can deliver special tasks like sorting out the raw materials, stocking, and transporting, while tasks with higher-skill like quality assurance are given to the humans, which can be completed through the high-skilled workers.

Not surprised by the fact that increased productivity results in an increase in the GDP. In March 2015, a research paper provided by George Graetz from Uppsala University and Guy Michaels from the London School of Economics with a title, ‘Robots at work’ studied the performances of robots in the economy.

They observed the United States market along with 16 other countries and researched and analyzed a vast majority of data for 15 years ending in 2007. They came to an understanding that in all of these countries, robotics and automation have improved the GDP to almost 0.3 percent.

Robots are surely shaping up the lives of others, helping the people in different sectors and making our job much easier. With the expansion of technology, the data and numbers are only expected to grow taking over the physical jobs and to facilitate the workers to do some other skilled jobs.

The future of the logistics industry is bright. The transportation companies need...
Read more

How B2B Digital Leaders Succeed to Grow Faster than their Peers

The B2B industry is never going to stop growing; same is the...
Read more