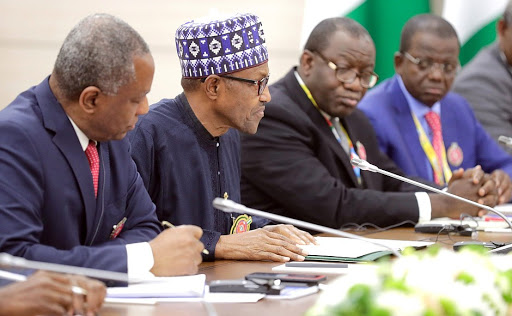 The Federal Republic of Nigeria is a place consisting of more than 36 states. Nigeria is sometimes known as The Giant of Africa. It has a large economy, population, and carries abundant natural resources.

As per the records of 2020, the population of Nigeria has crossed the 200 million mark. In Africa, Nigeria is the most populous country, which mostly has individuals under the age of 18. It ranks amongst the 10 top populous countries in the world. People living in Nigeria are mostly Christians or Muslims.

Over 250 known ethnic groups are existing in Nigeria, of which the three main ones are Hausa, Igbo, and Yoruba.

Why Nigeria is Considered a Trading Hub?

Nigeria is a member of the Commonwealth of Nations. As estimated in 2018, Nigeria’s total GDP is 1.169 trillion. In Africa, the Nigerian stock market is the second largest. Nigeria’s market is emerging with a plentiful supply of rich natural resources. They have a very well communication sector as well as a transport system. Nigeria is declared as a lower-middle-income country, and within the 21st century, it has gotten on a positive track.

In the course of the oil boom of the 1970s, Nigeria gathered substantial foreign debt, which comes to be problematic to cope as oil prices decreased through the 1980s oil glut. Then in 2005, the Paris Club creditors stretched to a pact with Nigeria, where it acquired its debt at a rebate of approximately 60%. Nigeria started to pay off the debt by the oil profits it earned and succeeded in paying $1.15 billion yearly for social improvements. By the end of April 2006, Nigeria achieved to be the first African country to pay off its debt to the Paris Club entirely.

Nigeria ranks as one of the top 15 countries which produces and exports petroleum throughout the world. Since 1971, it has been a member of OPEC. Petroleum covers up to 80% of the government earnings and 40% of the country’s GDP.

Oil theft has been a widespread problem in Nigeria due to which many international businesses have turned their back from Nigeria. In 2014, Shell Oil declared that they were confirming their safeties in four Nigerian oil fields.

Plastic, leather, auto parts, processed food, and textiles are some manufacturing goods that Nigeria specializes in. Ogun and Lagos are two principal cities of Nigeria, which are known as a crucial industrial hub. New policies have also been set in Nigeria to promote locally manufactured vehicles in the country. If you wish to connect with a local manufacturer, all you have to do is signup at a leading online Nigerian B2B marketplace.

Nigeria’s extensive array of climate changes permits it to harvest a diversity of food and cash crops. The main food crops consist of cassava, corn, yams, coco-yams, cow-peas, sweet potatoes, millet, beans, plantains, rice, sorghum, bananas, and a range of fruits and vegetables. The chief cash crops are cocoa, citrus, groundnuts (peanuts), cotton, palm oil, palm kernel, and rubber. An essential portion of the agricultural segment in Nigeria consists of cattle herding, poultry, lumbering, and fishing, which contributes a bit to the GDP.

The United States and Nigeria

Nigeria and the United States are leading trading partner in sub-Sahara. Nigeria exports a lot to U.S and imports only a few amounts from it. The United States has invested a lot in Nigeria in the past few years and ranked as the largest foreign investor in Nigeria.

Nigeria the place which offers an exceptional market opportunity, and approximately half of West Africa’s population is exceptionally located to renovate its economy swiftly. The Trade Hub will, as a result, focus on growing Nigeria’s agricultural segment and growing both manufacture and profits of smallholder agriculturalists. Together with agriculture, the Trade Hub will also reinforce national, provincial, and global markets for merchandises comprising apparel, cocoa, and cashew. It will boost investment, ease trade with the U.S., help West African and American businesses in promoting growth, and offering better job opportunities.

The Trade Hub’s actions will encourage comprehensive trade and industry growth, generating openings for West African women to increase their household revenues, advance new skills, and operate and grow minor businesses. Nigeria is still improving, and within a short time, it will grow to become one of the strongest economies in the world.

The first of the first things you need to make your business...
Read more

As the health and fitness trend goes global, prospects for growth of...
Read more

Tips For Marketing Your SaaS Product Across The USA