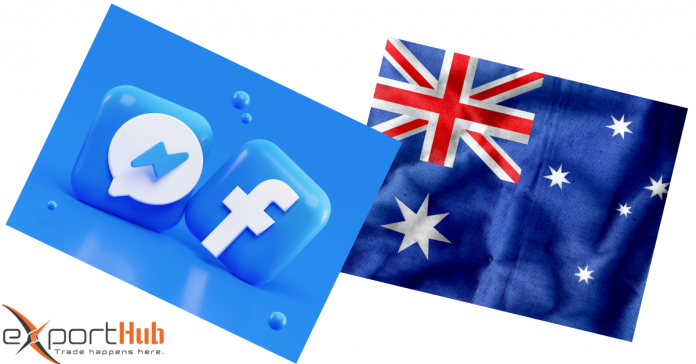 On Friday, Australian Prime Minister, Scott Morrison, declared to the press with enforcing content law to Facebook Inc. Under this law, Facebook has to pay for the news content for which he has also received support from the world leaders after Facebook’s CEO blacked out all media.

The battle between Facebook and Australia has just started over the payment of the content, which is rumbling all over the internet. This conflict seems to push several rivalries, thus leading to a new level.

However, the twist in the story is about Facebook’s action against Australia’s demand. It has banned all Australian news content from the platform. Now we can imagine where the conflict is going to go.

In one of the newspapers, the conflict is termed as “an act of war”. Though Australia’s politicians’ actions are the outrage against the principle of net neutrality.

Mark Zuckerberg is also questioned about the situation. The social media giant is expecting to receive a similar demand from other countries. That’s where Australia is leading the game to.

Well, we cannot neglect the fear of Facebook’s CEO. He is seeing several other countries to stand with Australia while facing the news blackout from social media. This is going to be the massive conflict in the history of Facebook.

The problem we now see here is they are more determined to take privileges from the social media giant.

If we take notice of the whole situation, Facebook is ready to face the heat. It has carried the bold move and portraying the weak image to the public. According to the former BBC correspondent, Steve Evans, “They botched it, there’s absolutely no doubt about that”.

“Not only did they block media organisations, but they blocked government health websites. So access to up-to-the minute information about Covid, for example, was suddenly not available on Facebook.”

Indeed, the entire world is opposing Facebook’s features. It was only Australia, which started the outrage and newspapers and leaders from around the world are standing against the social media giant.

The Democratic Congressman USA, David Cicilline, also reported to the audience that Facebook isn’t competent to survive in the land of democracy. It is incompatible with democracy, which urges bringing the entire country to its knees. This is nothing but a sign of ultimate admission of monopoly power.

Not only this, but the UK is also standing with Australia and uncovers how Facebook is treating the issue. Julian Knight MP, chairperson of the Commons media select committee, added that the social media giant is behaving like a bully.

“This is a crass move,” addressing the BBC.

“I don’t think they are being a good citizen, not just in Australia, but elsewhere [too]”.

“To pull the plug overnight represents the worst type of corporate culture.”

It is time to see the bigger picture now. We were only witnessing one side of the story, but it has another page too.

Although many other countries don’t stand with Facebook and consider them bad citizens, these will not follow the steps of Australia. Hence, these countries may not demand any tech firm for the payment just to hold the privilege of sharing news links.

Since newspapers have already portrayed the first story for generating revenues, these countries have to give tough time to the tech giants. Now, it is the time to see where the conflict is heading to.

The other side of the story is that not everyone is convinced with Australia too. Just like Facebook has done wrong, some countries believe Australia has not taken the right move to approach the social media giant like this way.

Sir Tim Berners-Lee has shown deep concern regarding the matter. He feels worried to see how Facebook will manage the hatred and the spread of disinformation.

The biggest threat to the internet is now spreading all over the world. Mark Zuckerberg assured Australia that if the tech companies are forced to pay for the news content, they will guarantee to make them unworkable on the internet.

In his view, the principle of net neutrality, that all traffic should be treated equally and unimpeded, and not taxed or slowed down depending on its nature, outweighs all other concerns.

In addition, there are those who argue that Australian law will simply benefit the former media superpower, Rupert Murdoch’s journalistic empire, while doing nothing to undermine Facebook and Google’s dominance of online advertising.

Facebook also wants to point out that in several countries, including the UK, it already pays some publishers for news articles.

It looks like he may have come close to negotiating a similar deal in Australia, just as Google did with News Corp. Rupert Murdoch.

If it was Mark Zuckerberg who pulled the ground from these conversations, then now it seems like a big mistake in this war with the public.

How to Future-Proof Your Business in China

In a world where technology has taken over almost everything – businesses,...
Read more

When we talk about business-to-business (B2B) marketing, anyone who has been working...
Read more