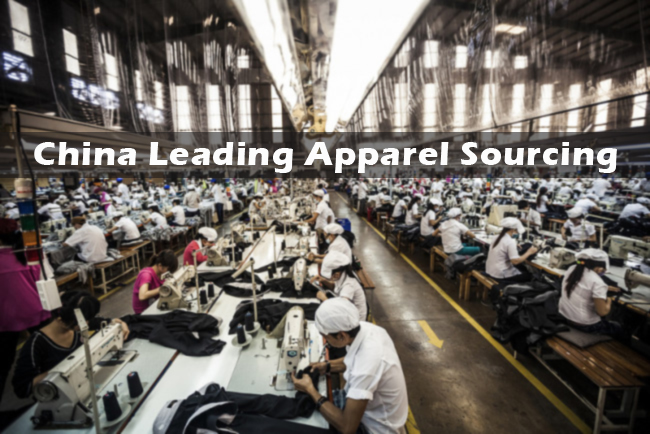 What Is Apparel Sourcing?

The apparel sourcing refers to a procurement procedure that mainly includes clothing and footwear. Apparel sourcing companies and their purchase resources focus on the regions and areas where they can get materials for manufacturing.

Also, they can manufacture their materials themselves or hire any other company to get their production done. For apparel textile sourcing purpose, companies usually consider regions and bodies where they can find low cost and high-quality products promptly.

According to Mckinsey’s report, when it comes to apparel and textile industry, we see China in a leading position. The reason for Chinese dominance is automation and efficient digitization capabilities.

Before moving further into the details of Chinese dominance, let’s take a small glimpse of Chinese performance and its role in textiles and apparels industry.

China is the world’s largest exporter of home textiles. In 2005, from Jan to May, Chinese export amount estimated at around $ 2.2 billion. It was 40% more than the export revenue of China generated in 2004. Such rise in exports from China alarmed the USA and EU to take safety measures and prevent Chinese apparel exports.

Similarly, Chinese entrepreneurs started planning an expansion to countries like Australia and Japan to make consistent strikes and develop their export markets across the world.

Moreover, several firms have focused on research and analysis activities to improve and excel in product quality.

The Chinese manufacturers of the apparel industry are increasing their role in global apparel sourcing by expanding in countries like Ethiopia and Vietnam through outbound investment.

Consequently, ramping themselves in other countries enable them for large-scale production beyond their local market.

On the other side, automation and digitalization revolutionized the garment sector of China. In this way, China apparel industry to prosper with higher productivity and efficiency in the production of goods.

Automation can be viewed as particularly instrumental in the production process. It aids in generating new orientation toward sourcing procedures. In anticipation of seeing growth and success, the apparel sourcing location by 2025 will be selected concerning automation quality rather than cost.

Nevertheless, the findings of research elucidate that 81% of Chief purchasing officers think China as a leader for applying methods of digitization in the sourcing process.

However, here, China proves that in a low-cost country, they have come up with the technology of automation with the digital touch.

Therefore, with state of the art digital technology and automation capability, china breaks through the clutter and maintains a dominant position in sourcing of the apparel industry.

Subsequently, initiatives of Chinese Govt. such as “made in China 2025”, “One Belt, One Road” and “CPEC” project with Pakistan will also support global relevance and boost modernization progression.

You can find leading manufacturers in the online B2B platform, which are connected with optimized apparel textile sourcing companies.

The importance of China in apparel industry increases due to cheap sources of labor and low cost of production as compared to developed countries. Also, with the cost-efficient mechanism, they have even managed themselves to take advantage of state of the art technology which allows automation features with digital potential.

Because in the apparel industry, some companies go for low cost and some opt for high-quality products. At this point, China has set its grip on value and technological advantage both. Consequently, it makes China significant more than other Asian countries like India, Bangladesh, and Vietnam in the eyes of famous brands of Apparel.

Hence global apparel brands view manufacturing process efficiency step by step to monitor quality excellence. For this reason, quality brilliance depends on high tech process of production. On another side, some apparel companies are also looking for flexible supply chain facility which can narrow the distance in sourcing as well as for re-shoring.

How Technology Impacts on Apparel Retailing

How to Access USA Import and Export Trade Statistics

Are looking for import and export data of USA? The U.S. Census...
Read more

Several elements are significant in increasing the sales of the business. But,...
Read more

Which is Healthier – Boxing Or MMA?

Boxing is a very demanding but healthy sports for your body. It...
Read more