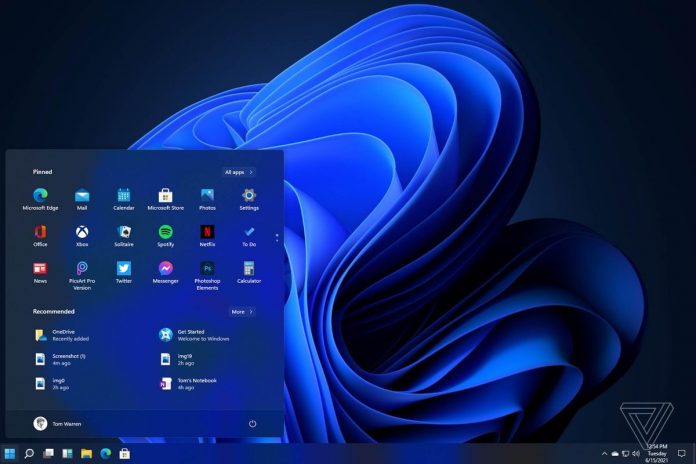 After almost 6 years, we finally got to see a new Windows, not officially announced but leaked on a Chinese platform Baidu. Here’s everything we know about the Windows 11 features leaked on 16th June 2021.

Among many new Windows 11 features which were leaked recently, the new, revamped task bar caught everyone’s attention; a little inspired from the macOS. The icons on the taskbar are set in the center instead of left side.

You can change the taskbar icons to the left side if you don’t like them being in the center.

The start menu is also refined, we see no live tiles like Windows 10. Instead, there is space for recent files, pinned apps, and the option to shut down or restart the device.

Windows 11 would be incomplete without a dark mode. However, we can also see the file explorer, context menus and start menu to have rounded corners. It’s the little details that change the user experience drastically.

Another thing that caught the attention quickly was a new icon seen in the taskbar. It was widgets! After being discontinued when Microsoft stopped the support for widgets in Windows 7, they are coming back!

As it is a leak now, the widgets are not functioning correctly but we can see them being fully functional once Windows 11 is announced.

We don’t see any difference in the Windows 11 Store as it looks same as Windows 10 Store. Chances are Microsoft will revamp it as well before they roll out the Windows 11 officially.

People were quick to point out a few features that were expected in Windows 10x, which was supposed to be launched in 2020. Windows 10x got halted indefinitely but we will have an official Windows 11 reveal on June 24th at the special Windows event held by Microsoft.  So keep your eyes open for the next big thing!

Tech Battle: Facebook Vs. Australia – The Two Faces And The Two Stories

How to Optimize your Business for Re-Export

Re-Export or Entrepot trade is a means of importing goods and services...
Read more

Problems from the management of cash-flow systems are still a significant concern...
Read more

Reasons for Switching to Cruelty-Free Brands for Personal Care Products

The food industry is complex and has been thriving in the past...
Read more

The first of the first things you need to make your business...
Read more